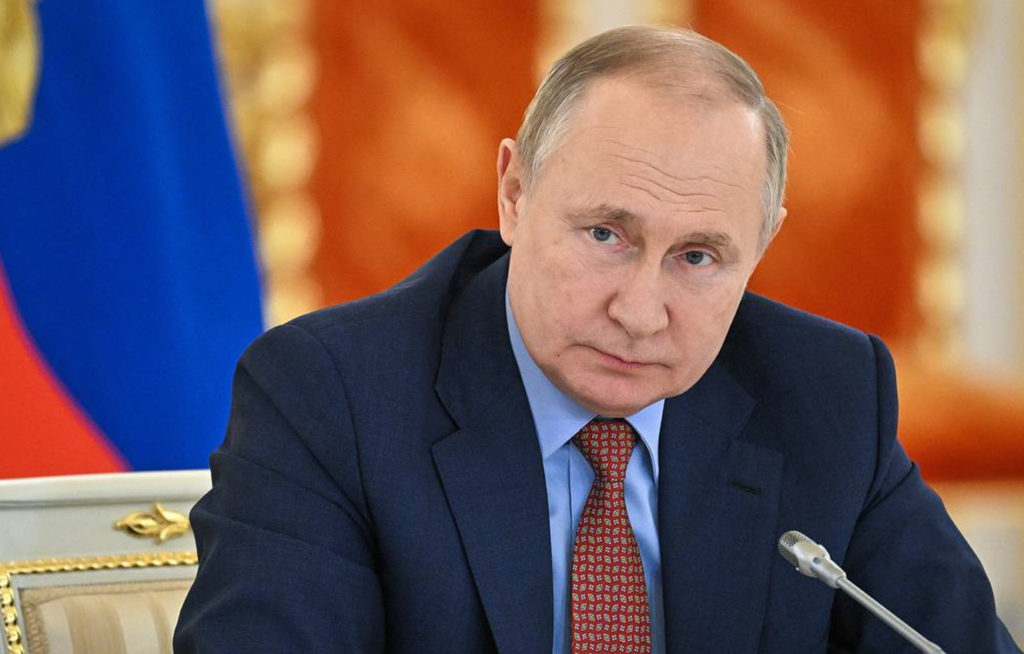 With Ukrainian forces driving shattered Russian battalions and reclaiming astonishing amounts of territory in northeast Ukraine, the battle in Ukraine has shifted against Russia and its autocratic president, Vladimir Putin. However, Putin still has some effective weapons at his disposal, and a conflict over energy with the West is escalating alongside the conflict in Ukraine.

Russia continues to be the third-largest exporter of oil and natural gas in the world despite harsh sanctions, and Putin is very likely to test how much leverage that can give against Ukraine’s American and European friends in the months to come. The developed world is preparing a counteroffensive to block Putin’s attempts to blackmail energy consumers, with the United States at the forefront.

If Putin’s energy war causes the suffering he intends or if the American-led blockade backfires, hundreds of millions of customers could suffer as a result.

The Russian curtailment of natural gas to Europe poses the greatest threat. The largest gas supplier to Europe, the Nord Stream pipeline, has been shut down by Russia. In the midst of Europe’s demand for the fuel for winter heating, it might stop other gas shipments. Russia supplied nearly 40% of Europe’s gas prior to the conflict. This has decreased to roughly 9%. Europe may not have enough gas this winter even with vigorous weaning. Gas prices in Europe are 14 times higher than they were two years ago and six times higher than they were at this time last year.

Although price controls and other measures are being considered by European governments to lessen the burden on consumers, they come with their own set of issues. For instance, a new price cap on home energy bills in the UK reduces the incentive to conserve energy in the face of a supply crisis. The gas might just run out as a result of that.

According to Ed Morse, head of commodities research at Citigroup, “price controls are going to stimulate rather than discourage consumption, which means there are going to be blackouts” during a webinar on September 9 hosted by the Brookings Institution. A lot of market people think that Europe will give in.

Natural gas imports from the United States, the United Arab Emirates, and other exporters have been among the fresh sources of gas that Europe has been frantically seeking. According to Goldman Sachs, if European gas supplies stabilise, Europe will avoid a disastrous winter and prices will drop. In the winter, Goldman predicts that the price of natural gas in Europe would drop by around 50%, which would be a huge relief and an indication that Putin’s attempt to freeze Europe has failed.

However, it’s only gas. The European Union announced in June a ban on buying the majority of oil and oil-related products from Russia starting on December 5. The six-month delay was intended to give energy buyers some time to identify alternative suppliers and avoid market upheaval.

The oil ban would, however, take effect at a time when Europeans are trying to heat their homes and businesses are vying for limited power supplies if there is a natural gas crisis. That might undermine political support for the oil boycott and cause Europe to postpone or lift its embargo on buying Russian oil.

Markets appear to be wagering that the ban won’t take effect on time. Helima Croft, global head of commodity strategy at RBC Capital, stated during the September 9 Brookings event that “many market participants believe Europe will surrender.” The belief is that Europe cannot possibly move forward with this sanctions package.

In order to make up for lost sales to Europe, if the European ban takes effect as planned, Russia would seek out new customers while Europe would acquire oil from other suppliers. However, that most likely wouldn’t happen as planned, at least not at first. Russia, for example, definitely wouldn’t be able to make up all of the lost European revenue. The International Energy Agency estimates a 20% decrease in overall Russian exports. Given that Russia is a significant supplier of oil to the world, the lost supply should cause prices to rise, and they should do so well before the embargo takes effect because traders lock in futures prices months in advance.

That is not taking place. The benchmark for Europe, Brent crude, reached its annual high in June at $122, and has since fallen back to about $92. Prices should be rising rather than falling if markets had expected a supply reduction brought on by the European ban. Prices make sense if markets are accurate and the European ban is delayed or not implemented. However, if the European ban is upheld, oil may be undervalued, with a price increase expected as December 5 gets closer. Given that oil is a worldwide commodity and prices fluctuate in a similar manner everywhere, if that were to occur, US prices would also increase.

Putin is also unlikely to merely follow whatever kind of action Europe takes. He might start removing oil from markets around the world to drive up costs and wreak greater havoc. This might cause problems for Russian oil producers, who already have limited storage space and difficulty turning on and off wells. Additionally, Putin needs the energy revenue to pay for his offensive against Ukraine. But as his alternatives become increasingly limited, Putin might become more rash.

His best chance right now is to cause an energy crisis, according to Craig Kennedy of Harvard’s Davis Center for Eurasian and Russian Studies, who spoke at the Brookings event.

Although he’s only starting with gas, I wouldn’t be shocked to see him reduce oil production as well.

The US Treasury Department has a different strategy to cut back on Russia’s energy income, which has remained strong throughout the conflict due to rising oil and gas prices brought on by the conflict itself. The United States and many other industrialised nations would join forces to form a buyer’s cartel, agreeing to buy Russian oil for no more than a predetermined price, which might be $20 to $40 per barrel less than the going rate. Theoretically, Russia would continue to sell oil at the lower price because it would continue to make money and avoid issues with shut-in oil.

Countries that choose not to join the cartel, like China and India, would nevertheless bargain for lower oil prices with Russia if enough big consumers upheld the price cap because they would be saving a tonne of money. If everyone else is receiving an enormous discount, Russia would have difficulty finding any country that would be prepared to pay market price for its oil.

Even if the United States and its allies are successful in implementing the price-cap plan, it may not go as planned because it hasn’t been completed. Russia will definitely try to find any means to get around the price cap, including using pirated vessels and secret black-market deals to hide the source of the oil.

Putin might devise fresh ways to weaponize electricity as he grows increasingly determined to punish Ukraine’s friends and salvage all he can from the invasion. Although energy markets may boil until Putin is either cornered or vanquished, winters are often frigid.

Next post At EV-focused auto exhibition, Joe Biden jumps into a Corvette and declares Detroit “back”
Kamal