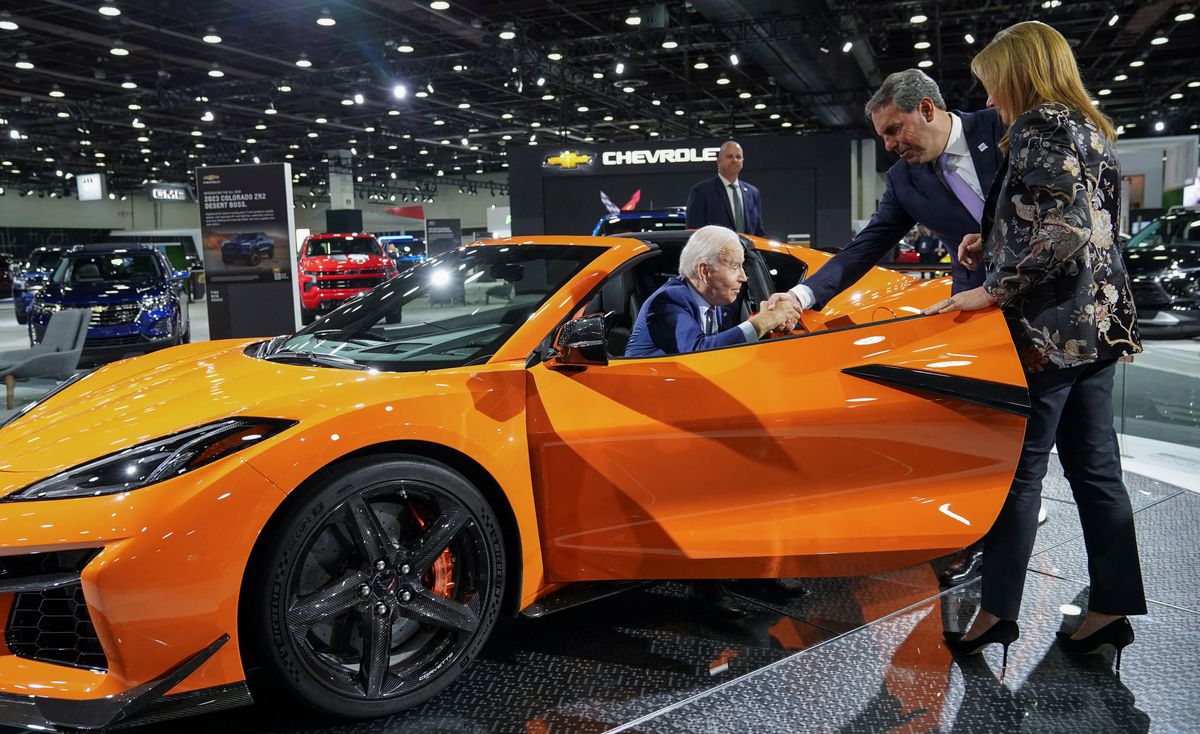 On the heels of fresh government backing, President Joe Biden celebrated Wednesday at the Detroit auto show by highlighting automakers’ push toward electric vehicles, which includes billions of dollars in investments in battery plants.

Self-described “car fanatic” Biden got into an orange Corvette and a silver electric Cadillac SUV, posed for photos with union employees from the sector, and declared that the city, the birthplace of the auto industry, was on the rise.

The largest auto show in North America is in Detroit, and Democrat Joe Biden is using it as a showcase for new laws that will support infrastructure and provide customers grants to purchase electric vehicles.

In an address at the event, Biden stated, “We’re choosing to build a better America, an America that is confronting the climate problem, with America’s workers leading the way.”

Ryan Buchalski, a member of the local auto union, gave the president his introduction and praised him for “kicking ass for the working class.”

As part of a $1 trillion infrastructure law adopted in November, Biden announced the approval of the first $900 million in US funds to build EV charging stations in 35 states.

Biden attended the Detroit auto show while serving as vice president in the Obama administration and was a vocal supporter of the 2008–2009 bailouts of General Motors Co.

The “great American Road Trip” will be entirely electric, according to Biden.

By 2030, Biden wanted to see 50% of all new vehicles sold in the US to be electric or plug-in hybrid vehicles. Although Tesla Inc. dominates the US electric vehicle market and outsells all three Detroit automakers combined, the Detroit Three support the non-binding objective of 50%.

Although EV sales in the US increased 83% last year, they still still account for 3% of the market, and gasoline-powered trucks had a strong presence at the exhibition.

According to Ali Zaidi, the White House’s national climate adviser, automakers and battery companies plan to invest $13 billion into EV manufacturing in 2022 as they quicken “the speed of their investment into capital projects here in the United States.”

The US Energy Department said in July that Ultium Cells LLC, a partnership between GM and LG Energy Solution 373220.KS, will get a $2.5 billion loan to aid in the financing of the development of new lithium-ion battery cell production facilities.

Toyota Motor Corp. said that it will increase the $1.29 billion investment it had originally intended to make in a new battery plant in the US to $3.8 billion.

At their $2.3 billion joint venture battery production facility in Ohio, GM and LG Energy Solution started production there in August. The businesses are looking at New Carlisle, Indiana, as a potential location for their fourth US battery cell production facility, which is anticipated to cost roughly $2.4 billion. 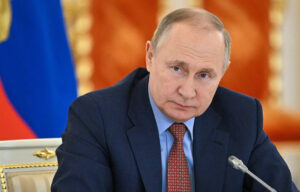 Previous post What Will Happen Next in Putin’s Energy War Next post Kalani David, 24, Passes Away in Costa Rica While Surfing After Having a Seizure
Kamal

Wedding DJ prices can range from a few hundred to a few thousand dollars. The price you pay will be...

Clickoot Online Ecommerce Delivery Management System in Pakistan-Whether you are running a small business or a big enterprise, the best...

Organizations, institutions, and government services leverage promising technology like biometrics to improve efficiency. Considering the success rate of these systems...

What Does a Standard Wedding DJ Cost Include?

Wedding DJ prices can range from a few hundred to a few thousand dollars. The price you pay will be based on the size of...