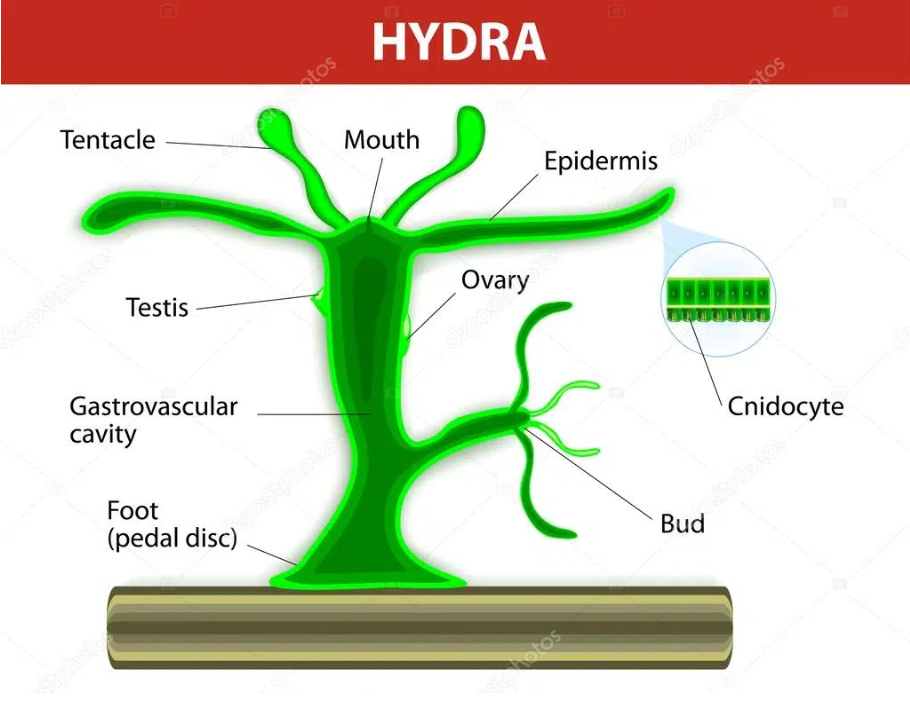 Hydra or the freshwater polyp belongs to the cnidarians (Cnidaria), which also include jellyfish, corals or anemones.

Unlike most other cnidarians, Hydra has only one stage, that of the polyp.

The green hydra gets its color from its symbiosis with chlorella algae.

Hydra is actually not particularly mobile, but the animals can detach their adhesive disc from the surface when conditions deteriorate and move forward like somersaults –  you can find more about hydra parts and functions to clearly understand this.

To do this, the Hydra bends into a headstand, so to speak, rolls over with the rear end with the adhesive disc and attaches itself again a few millimeters further.

This is repeated until the animal likes the new location. Hydra cover a distance of up to 2 cm in 24 hours.

Furthermore, the polyp can also form a gas bubble under its adhesive disk and use the buoyancy to go to higher regions.

Hydra reproduces asexually by budding. You can often see the much smaller sprouts sitting on the side of the mother’s body, which eventually pinch off and continue to live independently.

Through sexual reproduction, often under unfavorable conditions (e.g. lack of food), hydra also form permanent eggs, which neither frost nor drought can harm.

A finished permanent egg (ovum) can be recognized as a bright round point on the upper side of the stalk.

A second permanent egg is formed in the ovary on the underside of the hydra’s stalk; this is already visible as a bright area.

The slight thickening slightly above the ovaries with the permanent eggs is the testicles (testis). This is where the sperm is formed.

The eggs survive frost, heat and drought, and they are so small that they are blown away by the wind; among other things, this is how hydra get into our aquariums – literally out of the blue.

How does the hydra get into the aquarium?

Hydra can be brought into the aquarium through conventionally produced plants, or through plants and decorations from aquariums with hydra infestation.

Likewise by plants and decorative materials from natural waters, with pond food and with frozen food, but also by the permanent eggs in the air, which are part of the natural dust.

Hydra knows no old age death. Because these cnidarians contain an incredible amount of stem cells, their tissues are constantly being renewed, according to farmpally.

A freshwater polyp fully regenerates once in five days. So a hydra only dies from cataclysm, never from old age.

The special abilities of the freshwater polyp are reflected in its scientific name: in Greek mythology, Hydra is a snake-like monster with several heads.

If you cut off one head, two grow back. The situation is very similar with Hydra in our aquariums. As little as 1/200th of a polyp can regenerate into a full polyp.

Polyps that have separated can even easily reunite, or each piece becomes a new animal.

For this reason, mechanical removal such as scraping or sucking off the polyps from the aquarium does not make sense. 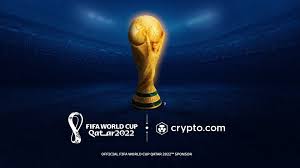 The Benefits of EV charging Stations for businesses Of course, this is good for entrepreneurs. But it also means more...

The news industry in Ghana is diverse and includes a mix of state-owned and privately-owned media outlets. The state-owned Ghana...

Farming is the practice of cultivating land, raising animals, and producing food, fiber, and other products through agricultural methods. It...

Trees are an important part of our environment, providing shade, oxygen, and aesthetic value to our homes and communities. However,...

Arduino is an open-source electronics platform that allows users to create interactive projects with a wide range of sensors and...

Learning to create websites might not be so simple. To learn about the many procedures and equipment utilised in the...