On Wednesday, the executive of the European Union revealed measures to gather more than $140 billion from energy companies to help protect consumers and businesses from skyrocketing prices that pose a risk of economic crisis and insolvency.

As a result of Russia cutting fuel exports in retaliation for Western sanctions over its invasion of Ukraine, European gas and power prices have skyrocketed this year, leaving many unable to pay their bills and utilities facing a liquidity crisis.

These increased costs continue to be a “primary driving force of inflation” in the euro zone, according to the top economist of the European Central Bank.

European governments have responded by enacting policies that range from regulating consumer gas and electricity prices to providing credit and guarantees to power companies that are in danger of going out of business.

“EU member states have already contributed millions of euros to assist low-income households. Ursula von der Leyen, president of the European Commission, told the European Parliament, “But we are aware that this will not be sufficient.

The government may be able to take a controlling interest in Uniper, Germany’s top importer of Russian gas, to assist it deal with the problem, and a local utilities sector association issued a warning about power company insolvencies.

The proposal from the European Commission includes a revenue cap for energy generators that have benefited from rising prices but do not use gas. Additionally, it featured policies requiring fossil fuel companies to split unexpected profits from energy sales.

National governments would be in charge of recovering the extra money and redirecting it toward programmes that might cut electricity prices or assist consumers in making investments in energy-saving technologies like house insulation.

After Russia threatened to shut off all fuel supply if a cap on Russian gas prices were implemented, the EU plan did not contain it.

The Commission stated that it was still investigating a cap on Russian gas prices and was also talking about broader gas price caps, which have also caused disagreement among member states and were not included in the recommendations made on Wednesday.

The benchmark gas price in Europe increased to roughly 208 euros per megawatt hour (MWh), significantly below the previous high of 343 euros set in August but still more than 200% higher than a year ago.

Europe has hurriedly refilled its stockpiles, and it has already surpassed the goal of having them 80% full by November. However, Russian supply reductions, which it claims are caused by sanctions impeding maintenance, cast doubt on the winter’s prospects.

Moscow downplayed the significance of lost gas shipments to Europe by claiming that there were still other markets for its energy while Europe sought to lessen its reliance on Russia.

The European gas market has been “whiplashed” by months of geopolitical bickering, according to Rystad analyst Zongqiang Luo. Volatile prices are a result of a lack of supply, prospective market intervention, and general uncertainty.

The European Commission announced that the securities watchdog of the European Union will propose temporary market solutions by September 22 to aid in easing the liquidity crunch that energy firms are now experiencing.

Utility companies frequently sell power in advance, but before supplying the power, they must provide clearers with collateral in the event of a default. Collateral requirements have increased in tandem with gas costs.

The municipal utilities sector body VKU in Germany had before issued a warning about potential insolvencies. Due to their frequent inability to pass along the full effects of gas price increases to customers, a number of utilities in the EU and Britain have previously collapsed.

According to Ingbert Liebing, managing director of VKU, “if individual companies are permitted to go out of business, then it could become increasingly difficult to support the activities of all,” the group is in discussions with the German government, he added.

Meanwhile, Uniper’s shares dropped 20% when the firm suggested that the government would acquire a controlling position. The company has previously obtained 13 billion euros in credit lines from the government, the majority of which have already been used.

The Commission stated that it was also developing a benchmark price based on transactions that better reflects the market for gas imports.

The grid operator in France, RTE, claimed there was no chance of a complete winter blackout but did not completely rule out occasional power outages during peak hours, stressing the importance of lowering demand.

As a last option, planned, temporary, and rotational load shedding outages may be implemented, according to RTE.

Additionally, the French government announced that at the start of the following year, household electricity price rises will be limited to 15%

According to the government, the caps, which allow for a significantly larger increase than this year, will result in homes using gas heating paying an average of 25 euros more per month than they would have otherwise, while people using electricity heating will pay 20 euros instead of 180.

Prime Minister Elisabeth Borne declared, “We are determined, just like at the outset of the challenges we have been facing, to act, adapt, and safeguard the French and our economy.” 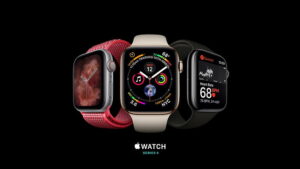 Previous post With a $800 watch, Apple expands its market as the new iPhone inches closer 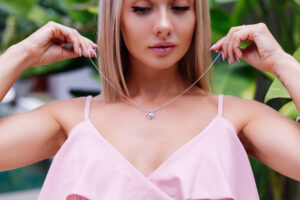 Both retirement and daily life are challenging in India. If you want to live happily ever after, start saving for...

A down payment is an initial cost paid by a consumer towards a high-value purchase, like a vehicle, property, etc....

Those who are already paying EMIs on their Housing Loans understand the problem of losing a significant chunk of their...

A home loan is a high-value loan that can last up to 20 years or more. It keeps you liable...

What Does a Standard Wedding DJ Cost Include?

Wedding DJ prices can range from a few hundred to a few thousand dollars. The price you pay will be based on the size of...