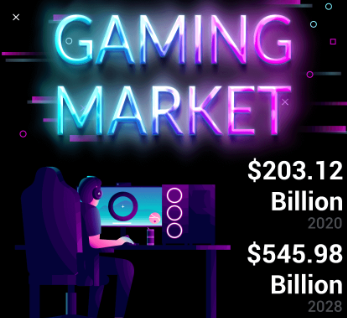 Role of Technology in the Gaming Industry

The media industry and consumption of entertainment and other data are increasing rapidly with technological advancements and introduction of numerous technologies. Gaming has diversified itself across several consoles, devices, and smartphones. Game developers invest in resources to create games across several platforms, including consoles, smartphones, PC, laptops, tablets, Nintendo switches, and others. As per Fortune Business Insights estimations, the gaming market size is expected to reach USD 545.98 billion by 2028 at a CAGR of 13.20% during the forecast period.

Game developers are collaborating with several console, PC, and smartphone OS manufacturers to develop attractive games with excellent gameplay, graphics, and sound support to enhance the sales of games. Sony, Microsoft, Nintendo, Google, Nvidia, and others manufacture consoles, gaming PC/laptops, user interfaces, graphics cards, and other components/accessories. The increasing consumption of entertainment and online gaming services, such as steam, epic games, and others, may enhance the adoption of devices, electronics, PC, laptops, games, and other accessories, thereby kick-starting a huge eco-system for gamers. These cross-platform integrations and support of games are expected to enhance the market’s scope globally.

The internet has enabled manufacturers, game developers, and studios to enhance their reach and provide easy access to consumers. Further, game developers have opened up online gaming stores and streaming platforms, such as steam, epic games, Microsoft store, and others, to offer consumers a slew of games and software. Moreover, game studios collaborate with gaming equipment and electronic manufacturers to launch their products in tandem with upcoming games or consoles. For example, Rockstar games decided to launch the re-mastered version of the game Grand Theft Auto 5 alongside the Sony Playstation 5 console in June 2020.

Push Toward Virtual Reality May Transform the Industry’s Dynamics

As manufacturers develop more content aimed toward virtual reality, manufacturers may enhance their overall industry outlook. Oculus, HTC, and several other headset manufacturers aim at offering consumers with the best virtual reality headsets such as Playstation VR 2, Oculus Quest 2, Valve Index VR, HTC Vive, and others. The push toward augmented reality might enhance the industry as playing games shall be more immersive, personal, energetic, and fun. Manufacturers are still working toward the production of gaming headsets that may also revolutionize the industry.

Streaming Platforms May Revolutionize the Industry

The 21st century is filled with consumers demanding new and more immersive games, movies, and other content. Streaming platforms, such as Amazon, Hulu, Discovery +, Disney, and others, may focus on developing games by collaborating and acquiring major game studios to provide a range of content to viewers. For example, from March 2022, Netflix announced games on its platform. This initiative shall attract fans of major Netflix titles, and may open up a scope for a slew of games in the coming years. Streaming platforms may allow game developers to attract more audiences by making them more accessible, thereby facilitating the industry.

Role of E-sports in the Development of the Industry

E-sports is a gaming tournament, wherein players can compete against other players globally by participating in competitive games. This factor may enhance their reach globally and elevate their growth.

Challenges Faced by the Industry

Consumers are actively seeking out more immersive solutions of gaming, including hardware technology such as consoles, PCs, laptops, smartphones, tablets, switches, and others. This push is also urging game developers to cater to a wide audience, thereby creating high-quality offline and online games to transport audiences to a whole new dimension of entertainment. This push is propelling the industry forward. Further, as streaming services push for the development of original gaming content of renowned franchises, audience exposure to high-quality games simultaneously increases. All these factors may culminate in the growth of the industry.

Anirudh Rao is a graduate of Mass Communication and Journalism. He loves writing and watching films. He has a passion for business studies and expertise in paper research. Besides writing, he loves photography, cinematography, storytelling, music-making, and filmmaking.   https://project-nation.com/ 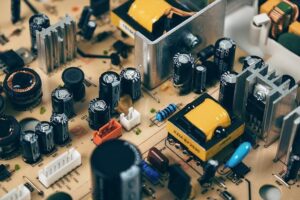 Previous post How to choose the material of high frequency PCB 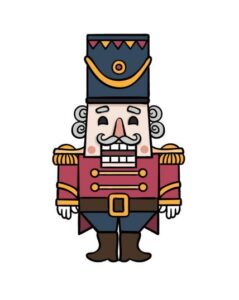 Next post How to Draw A Nutcracker Easily
Kamal